Mark Pellington to Tackle The Trap for TriStar Pictures 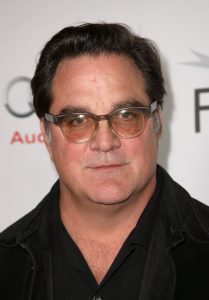 Mark Pellington (pictured right), the director of The Mothman Prophecies, I Melt With You and Lone is to direct The Trap for TriStar Pictures. The film will be an adaptation of the novel of the same name from author Melanie Raabe and the script has been written by Phyllis Nagy (Carol).

The Trap follows a reclusive author who believes she can trap her sister’s murderer after seeing the killer on TV. It’s a very twisty tale and one that will be perfect for the director of Arlington Road, another excellent twisting piece of cinema.

I have vivid memories of watching The Mothman Prophecies years ago and particularly remember the film’s eerie atmosphere. It’s an under-rated horror film for sure and I recommend it to anyone that’s after something a little bit different.

Pellington’s next project is the drama Nostalgia with Nick Offerman, Catherine Keener and Jon Hamm, but we will keep you updated on the news surrounding The Trap.