Mark Korven to Compose Score for The Wanting 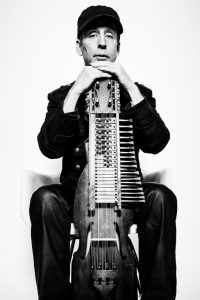 His name might not ring an immediate bell, but Mark Korven is the genius behind the score of The Witch; praised by many to be one of the best horror films of 2016. Although I did not adore the film as much as most, I certainly appreciated the chilling score and believe it to be The Witch’s strongest element.

The Wanting has been compared to The Exorcist and Rosemary’s Baby in terms of its thematic concerns and plot, but only time will tell if it can mimic those films’ ability to shock, scare and linger in the mind long after their credits role.

Synopsis:
The Wanting is about an all-American couple whose dream of starting a family is shattered after they move into the perfect New England neighbourhood. Once settled, they soon descend into the depths of terror as they struggle to survive a genuine threat from a dark presence that appears to want to end their very lives.

The synopsis does sound rather generic as it would be impossible to count how many horror films choose to focus their tales on dream houses turning into nightmares. However, the idea of neighbourhoods hiding behind a façade of normalcy opens the door to all kinds of possibilities. Is it the house that’s haunted, or the street it dwells on?

The Wanting comes from Yam Laranas and he directs a screenplay from Donald Martin, based on the short story written by Laranas and co-writer Gin de Mesa.