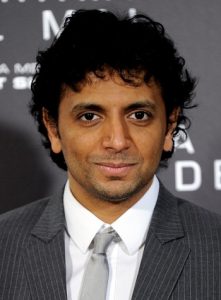 The king of twists, M. Night Shyamalan, wants to get his claws into an episode of Stranger Things. After working with the show’s creators, the Duffer brothers, on the mind-bending series Wayward Pines, this desire should not be too hard to achieve.

When speaking to Digital Spy Shyamalan explained how he has put the idea to the Stranger Things creators already:
“My boys who do Stranger Things, they did Wayward Pines for me. They were round my house and I was like, ‘Well, you can hire me back guys!'”

Is there room for Shyamalan’s twisty mind in the world of Stranger Things? Hell yes. The film-maker has recently made a much-needed comeback with 2015’s The Visit and his upcoming psychological thriller Split with James McAvoy has had plenty of promising words spoken and written about it. He’s on a great run right now and Stranger Things would be a fantastic move.

Series 2 will be with us at some point in 2017; keep your eyes peeled to see if Shyamalan gets his directing wish.