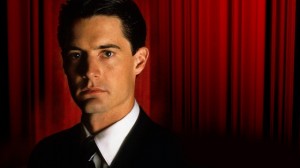 Last week it was announced that David Lynch and Showtime had worked out their problems and he will direct the reboot for the peculiar and unnerving show Twin Peaks. It’s now just been announced that Lynch will be directing 18 new episodes, which is brilliant news.

To create that chilling and odd atmosphere that makes Twin Peaks what it is, then the location and soundtrack that accompanied the bizarre scenes needs to be recreated. Welcome to Twin Peaks reported that collaborator Angelo Badalamenti will be composing the music for the reboot, which means the tone will be set perfectly.

The scenery in Twin Peaks will be coming back to haunt our dreamscapes as the new season will be shot in North Bend and Snoqualmie, Washington, which is where the original show was filmed. Twede’s Cafe will also be once again transformed into the iconic coffee and cherry pie serving Double R Diner. The latest episodes of Twin Peaks will be shot this September.