Look Inside Ash’s Bedroom from Ash vs. Evil Dead Season 2

The second season of Ash vs. Evil Dead will be hitting our screens this October and now we’ve got a sneaky look inside Ash’s childhood bedroom. The new season will be getting a bit nostalgic as it includes Ash’s Dad Brock – played by Lee Majors – and his childhood friend Chet Kaminski – played by Sam Raimi’s brother Ted Raimi. 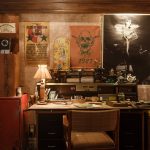 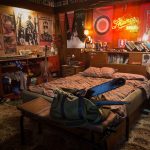 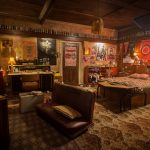 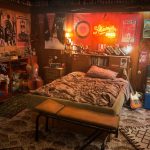 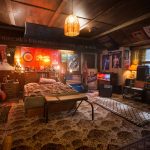 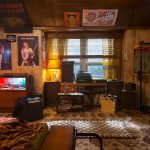 The pictures show a retro bedroom packed full of ‘70s and ‘80s nostalgia. There are various music and film posters for Iggy Pop, The Wolfman Strikes and Night of the Frogs. As well as a cello and electric guitar, that we’re sure Ash will struggle to play with his chainsaw arm. As production designer Nick Bassett says: 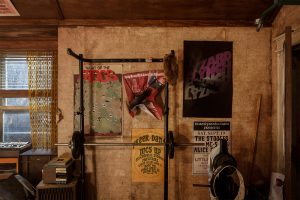 “Ash’s bedroom is a time capsule. It’s a little piece of the 70’s and 80’s nostalgia or a very focused trip down Michigan memory lane. In many ways it’s tones are similar to his trailer, it felt right that they would have a familiar feel. Historic Michigan rock posters featuring artists Ash would listen to: Alice Cooper and Iggy pop. Michigan sports memorabilia and photos of Bruce [Campbell] as a child. We figured that before the incident at the cabin, his character was a pretty normal, everyday kind of guy and we wanted to put some quite typical things in there like Faygo posters, Michigan State memorabilia and a cello which is slightly out of character now, but once upon a time who knows.”