LIONSGATE TO REVIVE WARM BODIES FOR THE SMALL SCREEN 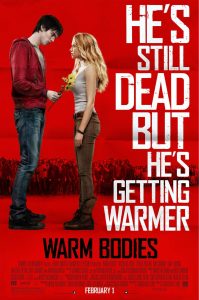 Jonathan Levin’s Warm Bodies has a little something for everyone. It’s got laughs, a little romance, and, of course, flesh-eating zombies for the discerning horror fan. And it may soon be coming to the small screen under Levine’s new production banner, Megamix.

Set several years after the zombie apocalypse, Warm Bodies starred Nicholas Hoult as a strange zombie who saves a girl (Teresa Palmer) from being eaten alive. Their relationship triggers a series of events that change the world.

Levine has also signed a first-look deal with Lionsgate, which released Warm Bodies back in 2013. The pact includes both film and TV projects. Former Lionsgate executive Gillian Boher will join him to run Megamix.