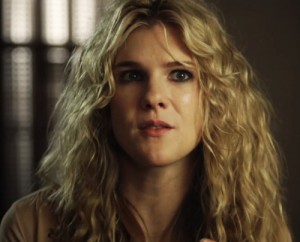 Actress Lily Rabe will be returning to American Horror Story, and playing the part of serial killer Aileen Wuornos, who was convicted and executed for the murders of six men in 2002. Lily Rabe has had some show-stealing performances in previous seasons of the show, having previously played Sister Mary Eunice AKA the Devil, Misty Day and Nora Montgomery. Other actors who will be making a return to the show are Kathy Bates, Angela Bassett, Chloe Sevigny and Sarah Paulson. There will be a few new faces making an appearance, including Lady Gaga, Matt Bomer and Matt Greenfield.

I love American Horror Story and can’t wait to see what the new season will bring. It’s always highly entertaining, scary and surprising; exactly what a horror series should be. The show, where each season is entirely different, will be returning on 7th October titled American Horror Story: Hotel. Get ready to check yourselves in.