Let The Right One In Series Casts its Eli

With TNT’s TV adaptation of John Ajvide Lindqvist’s novel Let The Right One In having been announced in August, the series has now cast its Eli, in the form of 19-year-old Norwegian actress/model Kristine Froseth. 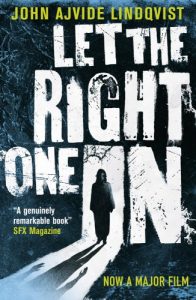 Played in Tomas Alfredson’s celebrated 2008 film adaptation by Lina Leandersson, and by Chloë Grace Moretz in the 2010 US remake Let Me In (with the character’s name changed to Abby), Eli is a vampire who’s outward appearance is that of a girl about the same age as 12-year-old Oskar, a bullied, introverted boy whom she befriends. While the two build a special and unique relationship, Eli’s arrival in their small town coincides with a string of mysterious killings.

The third screen adaptation of Lindqvist’s book, TNT’s series will keep the original (English language) title, and Eli will again be Eli, although Oskar will be renamed Henry (he was Owen in Let Me In), and increased in age to 16. The story will be relocated to Vermont.

Upon being cast as Eli, Froseth (pictured below) has just a couple of acting credits to her name. Her second feature film – J.D. Salinger biopic Rebel in the Rye – is set for a 2017 release. 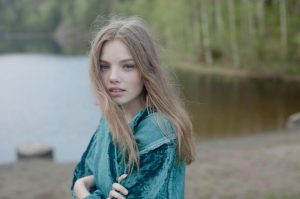 Written and produced by Teen Wolf series creator Jeff Davis, the series was originally touted as a project for A&E, before TNT finalised a deal over the summer. No air dates have yet been announced.