The Leper Glimpsed in Latest It TV Spot 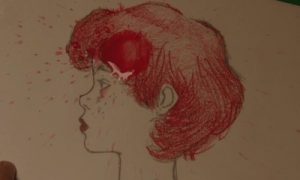 Yet another TV spot has emerged for It and, like the others you’ll have seen, it’s made up mostly from footage already featured in previous trailers. What makes this one interesting though is that, as well as focusing mainly on Beverly Marsh, it also seems to show – at around the 20-second mark – a glimpse of what could well be Javier Botet as the Leper.

In Stephen King’s novel, the leper is one of the more horrific guises adopted by the shapeshifting evil known most commonly as Pennywise. It appears first to the young Eddie Kaspbrak in a sickening encounter at the house on 29 Neibolt Street, where The Losers’ Club later have their first confrontation with It.

The first in the two-film It adaptation floats into cinemas on September 8th.