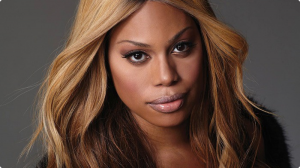 Orange is the New Black star Laverne Cox has been cast in the iconic role of Dr. Frank-N-Furter in the upcoming re-imagining of The Rocky Horror Picture Show. Tim Curry, of course, played the role in the original film back in 1975 and he was perfect. It was always going to be a near-impossible task to replace him, so we think it’s great that they’ve stepped in an entirely different direction and hired a woman to fill the role.

Laverne Cox has been Emmy-nominated for her role in Orange is the New Black and she is a marvellous actress. We know that she can play a bubbly, confident and scene-stealing character there, so we can’t wait to see what she does with this unforgettable and much-adored character.

The Rocky Horror Picture Show reboot will be directed and choreographed by Kenny Ortega (Hocus Pocus, This Is It, High School Musical) and will be a 2-hour event when it airs on Fox in Autumn of 2016.