Latest Updates Regarding Who’s Writing For The X-Files Reboot 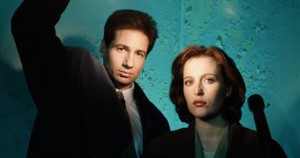 There have been a few updates regarding the revival of science fiction horror television show The X-Files, with six episodes that will see Mulder and Scully doing what they do best.

Original writers and producers for the show, Glen Morgan and James Wong, are coming back to write and direct one of the episodes. Morgan will also be executive producing the new visions of strangeness alongside series creator Chris Carter.

Writer of many original episodes, Vince Gillian, announced that he would not be involved in the reboot due to other filming commitments. He said in a recent Reddit Q&A “I won’t be writing for the reboot, because my work on ‘Better Call Saul’ will keep me from doing that. I’m very sad to miss out, because I would love to have a hand in ‘The X-Files’ reboot. ‘The X-Files’ was my second favorite job ever, a close second to ‘Breaking Bad’ and ‘Better Call Saul,’ and I’d love to be a part of it. Rest assured, I will be watching it as a fan. I can’t wait to see it.”

David Duchovny and Gillian Anderson will reprise their roles as detectives Mulder and Scully. Mitch Pileggi will star as FBI Assistant Director Walter Skinner alongside William B. Davis as Cigarette-Smoking Man.