Latest Updates on Platinum Dunes’ Next Friday the 13th Film 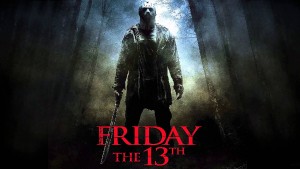 Brad Fuller, co-founder of Hollywood horror remake factory Platinum Dunes has talked in an interview about where they are with regards to a new Friday the 13th film. For a while now, it’s been anybody’s guess as to whether we’ll see another entry in the franchise anytime soon, and what form it would take. There’s been talk of a found footage angle, of setting it in the ‘80s, all with new writers and directors coming and going.

In the interview, which was conducted as promotion for the new Ninja Turtles film, Fuller was asked about Friday the 13th, and revealed that the current writer is Aaron Guzikowski, who wrote 2013 crime drama Prisoners. Guzikowski is also attached to script Universal’s The Wolf Man, part of their Monsters reboot/expanded universe. “He’s a better writer than we deserve for this franchise,” Fuller says, explaining that they are now awaiting the latest version of the script from the writer.

And of the talk about the film taking the found footage route, Fuller says: “I didn’t want to do a found footage version of that movie… It didn’t feel like the right way to make the movie.”

“We are on the right track now,” Fuller concludes. You can watch his full response to the Friday the 13th question below.