Lars von Trier to Shoot his Next Feature this Summer 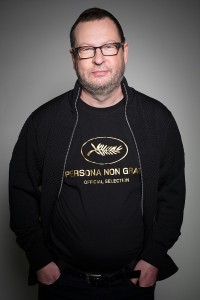 The notorious Danish film-maker Lars von Trier (Antichrist, Nymphomaniac I-II) is setting his sights on the slasher genre with The House That Jack Built, which will be told from the perspective of a killer over 10-12 years. The film is set to begin filming this August in France, Germany, Sweden and Denmark with the idea for the film to release in 2018.

The film was initially going to be a TV series, but earlier this year von Trier denounced this idea and opted for a feature film. With the time frame of the film scaling a long period, we could imagine the film fitting well in the TV format, but perhaps some of von Trier’s more scandalous ideas would not be welcome on the small screen.

There is no word on who will star just yet, but when speaking at Cannes producer Louise Vesth said, “It will be a serial killer movie like you’ve never seen before” and with von Trier at the helm, this is not something we doubt. Whoever joins the cast will certainly be faced with a challenging role. Continuing, Vesth said “He calls it the five incidents, which is the murder cases and then he has a lot of digressions in between to connect the story, in a similar way as in ‘Nymphomaniac.’”

This will be von Trier’s first film since 2013’s provocative Nymphomaniac  – the final film(s) in his Depression Trilogy along with Antichrist and Melancholia – which sparked an unsurprising amount of controversy during its production. We wonder what disputes The House That Jack Built will yield…