Less than a month until those pesky aliens make an unwelcome return to earth for round 2 and to give us a tease of the destruction; we’ve been treated to 4 landmark smashing posters. As Jeff Goldblum so perfectly says in the trailer, “They like to get the landmarks.” Witty, knowing one-liners like that are part of what’s so great about these thrilling, cheesy, blockbuster flicks and we can’t wait to see the battle commence once again. 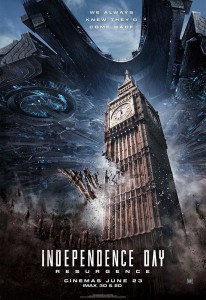 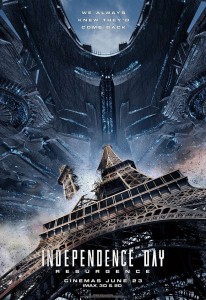 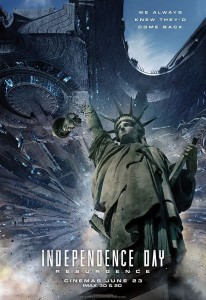 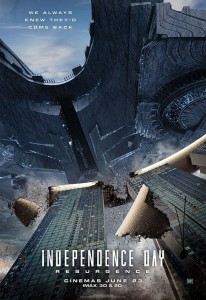 Independence Day: Resurgence takes place 20 years after Independence Day and sees the aliens return to earth to finish what they started all those years ago. We’ve had all that time to prepare, but so have they.

The sequel features familiar faces in Jeff Goldblum and Bill Pullman, but also welcomes a new cast in Maika Monroe, Liam Hemsworth and Charlotte Gainsbourgh. The film will smash into cinemas on 23rd June in the UK and 24th June in the USA.