Kristen Bell Will Have a Cameo in iZombie 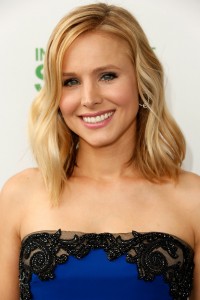 The DC comic book adaptation of iZombie will be returning from its mid-season break on 12th January with episode 11 titled ‘Method Head’.  The episode after this will see a special addition to the show as Kristen Bell lends her voice for a cameo in episode 12 – ’50 Shades of Grey Matter’.

Episode 12 will see Kristen Bell join various cast members who, like herself,  have starred in the show Veronica Mars, including Percy Daggs III, Daran Norris and Adam Rose. Even the episode will be directed by Veronica Mars-creator Rob Thomas. Episode 11’s synopsis is as follows:

There is no word on what character Kristen Bell will play, but be sure to tune in to episode 11 of iZombie on 12th January.