Kiefer Sutherland Confirms Flatliners is a Sequel, not a Remake

We’ve been reporting on Sony’s upcoming Flatliners remake for a while now but it seems we’ve all been slightly misinformed. Star Kiefer Sutherland has talked to Metro about the project, confirming that the film is not a remake at all, but a sequel to Joel Schumacher’s 1990 sci-fi chiller, in which Sutherland also starred. 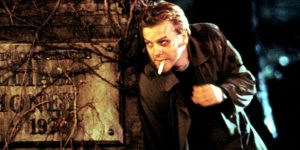 “I play a professor at the medical university,” the actor told the site. “It is never stated but it will probably be very clearly understood that I’m the same character I was in the original Flatliners but that I have changed my name and I’ve done some things to move on from the experiments that we were doing in the original film.”

Sutherland played Nelson Wright in the original, alongside Kevin Bacon, Julia Roberts, William Baldwin and Oliver Platt as a group of young medical students who decide to explore what lies beyond by stopping each others’ hearts for increasing periods of time.

“I loved making the first film and when I was asked if I would be interested in taking part in this, it didn’t take more than a minute to say yes,” Sutherland continued.

The Flatliners sequel is scheduled for release on August 18th, 2017. No alteration to the film’s title – which at the moment stands as Flatliners – has been announced in the wake of the update.