Kevin Bacon Cast in You Should Have Left Adaptation 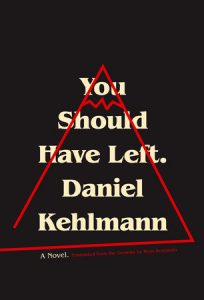 Kevin Bacon has been cast in an adaptation of You Should Have Left. Based on the novel by the German author Daniel Kehlmann, the story follows a screenwriter as he struggles to keep a grip on his sanity as he tries to write a sequel to his previous hit.

David Koepp is in the director’s chair and he will direct Bacon for the second time since 1999’s creepy Stir of Echoes. No one else has been cast, but we expect more announcements to follow soon.

You Should Have Left is set in a remote house in the Alps and sees the screenwriter resides there with his wife and daughter, so comparisons will undoubtedly be drawn to The Shining and Koepp’s Secret Window.