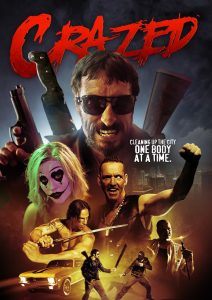 Horror specialists Uncork’d Entertainment have yet another intriguing title on their upcoming slate, and it stars none other than the iconic Kane Hodder.

Due to hit digital platforms on October 4th, hyper-violent revenger Crazed sees Hodder reteaming with horror regular R.A. Mihailoff, with whom he starred in Hatchet II and the upcoming Death House. Mihailoff also notably played Leatherface in 1990’s Texas Chainsaw Massacre III. The release – which is followed by DVD on November 8th – is long overdue, with Crazed having played a number of genre festivals throughout 2014 and 2015. 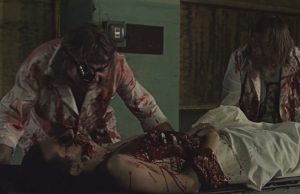 Synopsis:
Crazed is a pulsating tale of justice from the dark alleys of Harbor City, with crazed vigilante cop Ronan Pierce (McCarthy) out to avenge the loss of his family to the evil Luna Cartel. Responsible for both his daughter’s death and his wife’s abduction, the Cartel enslaves thousands of young women from around the world and harvests organs from its other victims. Pierce delivers horrific punishment to an assortment of psychotic criminals on his way to bloody justice.