Kaleidoscope Acquires Aussie Horror Out of the Shadows

Kaleidoscope has acquired the worldwide distribution rights to Out of the Shadows from director Dee McLachlan (The Jammed, 10Terrorists). The film follows a detective that moves in to a new house, unaware of the building’s dark history. He is forced to seek help from a demonologist when his pregnant wife believes she is being tormented by a supernatural presence. 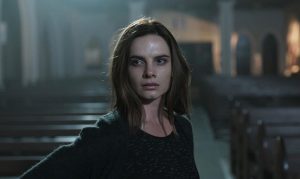 It’s a familiar concept for a horror film, but haunted houses will always have the potential to offer some truly frightening moments, just look at James Wan’s The Conjuring or Ted Geoghegan’s We Are Still Here as prime examples of solid spookfests.