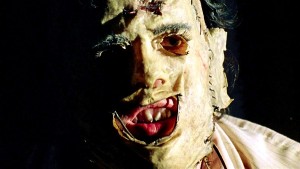 Interesting news regarding the upcoming prequel to The Texas Chain Saw Massacre: The new film that is set to take place during Leatherface’s teenage years now has French directing duo Julien Maury and Alexandre Bustillo attached to it. Carl Mazzocone is producing Leatherface while Christa Campbell and business partner Lati Grobman will serve as executive producers, having successfully resurrected the Texas Chainsaw franchise last year. Millennium Films is financing the project and will sell international rights.

Synopsis
In this prequel to The Texas Chain Saw Massacre, a young nurse is kidnapped by four violent teens who escape from a mental hospital and take her on a road trip from hell. Pursued by an equally deranged lawman out for revenge, one of these teens is destined for tragedy and horrors that will destroy his mind, molding him into the monster we now call Leatherface.