Judith O’Dea Returns as Barbra in Night of the Living Dead: Genesis 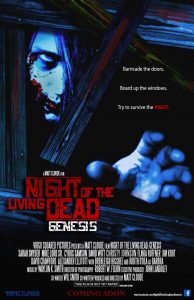 Night of the Living Dead: Genesis will take audiences back to the moment when it all started, as you can see in this trailer, which recreates scenes from George A. Romero’s 1968 classic. The latest flick to tweek the title of one of the legendary director’s ‘Dead’ films, Genesis looks to have a little more credibility than most, starring as it does Judith O’Dea, who reprises her role as Barbra 48 years since audiences first met the character.

According to the official word, Night of the Living Dead: Genesis pays homage to the timeless classic while expanding upon its storyline to explore more of the night when the dead began to rise.