Juan Rablo Raba Joins the Cast of I Love Zombies 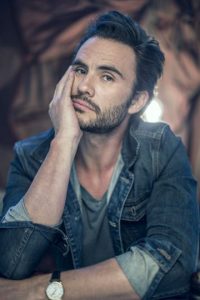 Narcos actor Juan Pablo Raba has joined the cast of the darkly humorous I Love Zombies. The film is described as a horror-comedy with a socio-political edge and will follow a Central Government’s suicide mission that explores devastated areas filled with cannibal corpses.

Synopsis:
The Reverend, an unscrupulous middle range officer from the Central Government has created a strange scheme, which is why he has set up a suicidal – not to mention clandestine and independent from the Central Government – expedition to the devastated buildings infested with cannibal corpses, which formed what was once known as an important Latin American city. Two intertwined stories result from this, showing this post-apocalyptic world’s vicious and cruel character. The first story tells us about Kid, a young man traumatized because of the death of his family to a horde of walking dead. He finds himself in a difficult situation, trying to keep a beautiful young woman alive. She is badly wounded, and might or might not be infected with the virus that turns common people into cannibal corpses. The other story features a skilled zombie hunter whose survival techniques go beyond pragmatism and fully into assassination. This man claims to love zombies and justifies his homicidal behaviour by saying: “You always know what to expect from zombies – while with people you just never know”.

It’s certainly an intriguing premise that suggests a refreshing take on the subgenre dominated by the undead.

I Love Zombies comes from co-directors Cesar Oropreza and Henry Rivero, who previously worked together on Puras Joyitas. The script has been written by Oropreza.

If you love zombies as much as they do, look out for I Love Zombies in 2019.