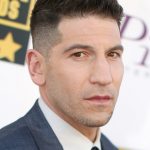 Jon Bernthal knows how to kick ass after starring in The Walking Dead and playing The Punisher in Netflix’s Daredevil and it seems that he’s keen to stick to what he’s good at. Along with Imogen Poots, the actor has signed on to star in Sweet Virginia, a thriller from director Jamie M. Dagg (River, In Days Primeval).

Imogen Poots is obviously no stranger to thrillers either, because she’s starred in one of the greatest of 2016; Green Room. Additionally, she was in 28 Weeks Later and Hideo Nakata’s Chat Room. There is no word on what her role will be, but Bernthal is taking the lead. 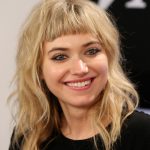 Bernthal and Poots join Christopher Abbott, Rosemarie Dewitt and Odessa Young. Sweet Virginia follows a former rodeo champion as he befriends a man with a taste for violence. Keep your eyes peeled for a trailer and release date soon.