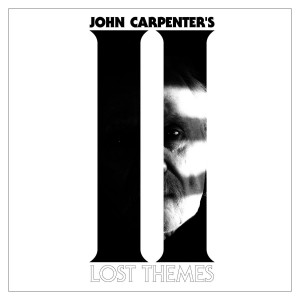 Exciting news for John Carpenter fans (so, everybody reading this) comes with the announcement of new album Lost Themes II. Already available to pre-order, this record is the Horror Master’s follow-up to last year’s critically acclaimed Lost Themes. Carpenter is also taking his new music on the road, with live dates planned in the UK, Spain and Iceland.

The press release for Lost Themes II says of the album’s predecessor: “Carpenter’s foundational primacy and lasting influence on genre score work was both rediscovered and reaffirmed…So widespread was the acclaim for Lost Themes that the composer was moved to embark on something he had never before entertained – playing his music live in front of an audience.”

Lost Themes II continues with the first album’s remit, which was to create pieces that could easily have been pulled straight from Carpenter’s films. Again, he is joined by his son Cody, and godson Daniel Davies. 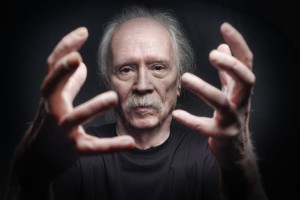 “The musical world of Lost Themes II is…a wider one than that of its predecessor,” the press release continues; “more electric and acoustic guitar help flesh out the songs, still driven by Carpenter’s trademark minimal synth. This manifests itself brilliantly in songs like the lead single “Distant Dream,” which hitches a familiar Carpenterian beat to an expressive drum performance and rides it to a thrilling conclusion. The eerie “Angel’s Asylum” lets an ethereal synth line command the first three quarters of the song, before turning over the melody to an acoustic guitar, and “Virtual Survivor” delivers a blast of the sci-fi menace that characterized his great scores for films like Assault on Precinct 13 and They Live. Lost Themes II delivers eleven compelling new tracks with which fans can continue to score the movies in their minds.”

The live shows will incorporate tracks from Lost Themes parts I and II, as well as music taken from Carpenter’s film scores. The dates are as follows: