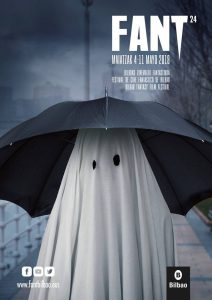 With little over a month until the 24th edition of the FANT Bilbao film festival, news has just come in that JOE DANTE, Director of time-honored classics such as Gremlins or The Howling will be flying in to accept the honorary “ESTRELLA DEL FANTÁSTICO” award at the inauguration event this coming May 4. In addition to the much-loved filmmaker’s attendance, the FANT2FUN strand of the festival will play host to screenings of two of his most acclaimed movies: “Gremlins” (1984) and “The Howling” (1981).

Born in 1946 in the city of Morristown, New Jersey, Joseph James “Joe” Dante cut his teeth working as an editor for legendary producer Roger Corman until he made the leap to direction, co-directing alongside Allan Arkush for “Hollywood Boulevard” (1976). In 1978 he jumped into the deep end, pun intended, helming “Piranha”, penned by first-timer John Sayles, with whom he collaborated again on “The Howling” (1981).

FANT Bilbao presented its first ever ESTRELLA DEL FANTASTICO award just last year, to the acclaimed actress Barbara Crampton (New York, 1958), star of Stuart Gordon’s classic “Re-Animator” (1985), who attended last year’s festival and presented one of her most recent films “Beyond the Gates” together with a special screening of “Re-Animator.”