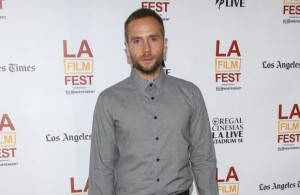 The iconic director of Piranha, Gremlins, The Howling and The ‘Burbs said in a press release of the casting: “Mark, Rachel and Lorant are phenomenal actors and I am delighted to be working with them in what I anticipate will be a suspenseful, compelling, spine-tingling chiller.”

“Labirintus tells the story of a paranormal investigator (Webber), psychiatric researcher (Hurd-Wood) and engineer (Deutsch) who join forces to explore an abandoned subterranean Soviet research facility, hidden within the dark twisting catacombs beneath Buda Castle. When supernatural forces confound and torment the group they begin to question their own sanity. To escape they must quash their fears and lead their team to find and destroy the dark heart of the maze.”

Dante is also currently working on The Man with Kaleidoscope Eyes, a biographical account of Roger Corman’s acid-fuelled preparation for his 1967 drug culture classic The Trip.