Joe Ahearne at the Helm of “Rendlesham” TV Series 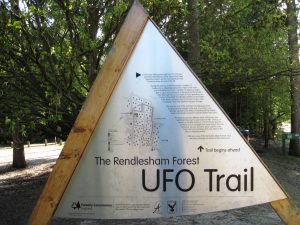 Joe Ahearne is to be at the helm of a new TV series which is based on the “real” sightings of UFOs at an air base in the UK. The real life incident took place in December 1980 and saw a series of reported sightings of unexplained lights near Rendlesham Forest in Suffolk. Unsurprisingly, the incident has been since compared to the Roswell UFO incident in the USA, with people dubbing the period as “Britain’s Roswell”. In the end, a 2009 evaluation concluded that there was nothing unusual about the incident.

At the centre of the Sony series will be a complex family drama, but it will also fast forward to 2020; the 40th anniversary of the Rendlesham Incident. When speaking about the show, Ahearne said:

“When Eleventh Hour Films drew my attention to this extraordinary piece of British and American history it pressed all my buttons and I think it will do the same for a wide audience.”

I love a bit of UFO action. Both the recent Gracefield Incident and Phoenix Forgotten were extremely entertaining stories about unidentified flying objects, but a TV series allows for an even deeper exploration; benefiting the story and the characters that will be at the forefront.