Jim Klock to Direct and Star in 6.66pm 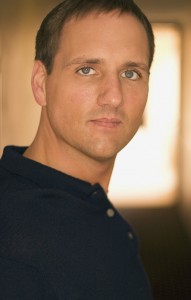 Jim Klock, who you may recognise from a couple of episodes of Scream Queens, is getting ready to sit in the director’s chair for 6.66pm. He is also planning to star in the film, which follows a reality TV crew who stumble in to more danger than they planned when trying to film an episode of their show.

Synopsis:
6:66 P.M. is about a reality TV crew’s staged investigation into the paranormal that becomes terrifyingly real. When the house they’re exploring turns out to be haunted by the ghost of a serial killer, each crew member fights to stay alive and – more important – make their reality show a hit at any cost.

It sounds like a mix of The Blair Witch Project and Grave Encounters, but let’s hope the film can stand on its own two feet and not borrow too many ideas from films we’ve already seen. The era of found-footage and ‘reality’ horror seems to be on the way out, but maybe 6.66pm can put some much-needed oomph and originality back in to the sub-genre.

Chad Ridgely, Autumn Federici, Michael Buonomo and Scott Burkhardt are also starring in the film, which is yet to have a release date set.