Jessica Alba Signs Up For The Veil 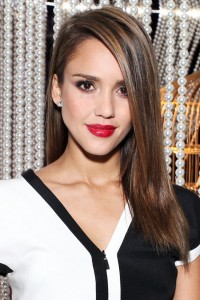 Blumhouse Productions all new horror project has just been announced in the form of the Phil Joanou helmed cult chiller THE VEIL. Thomas Jane ( from The Mist’ fame) is lined up for a leading role and now according to the Hollywood Reporter Jessica Alba will be starring alongside him. Alba is set to play a documentary filmmaker who is hired to investigate what is believed to be a mass cult suicide. Principle photography commences this April.