Jennifer Connelly has been cast as a villain in the upcoming adaptation of Alita: Battle Angel from director Robert Rodriguez and writer-producer James Cameron. 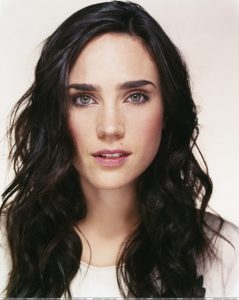 A female cyborg that is discovered in a scrap yard by a scientist. With no memory of her previous life except her deadly martial-arts training, the woman becomes a bounty hunter, tracking down criminals.

Connelly joins the cast that already includes Rose Salazar as the title character, Keean Johnson as her love interest, Christoph Waltz who will be Alita’s cybermedic hero, Ed Skrein and Jackie Earle Haley; both of who have also been cast in villainous roles. Additional roles have gone to Mahershala Ali, Lana Condor, Eiza González, Jorge Lendeborg Jr., Leonard Wu and Marko Zaror.

Alita: Battle Angel will be based on the first four books in Yukito Kishiro’s Battle Angel Alita manga series and has a release date slated for 20th July 2018.