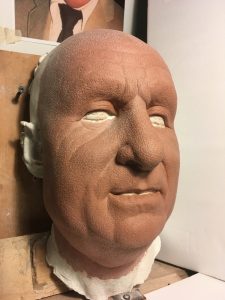 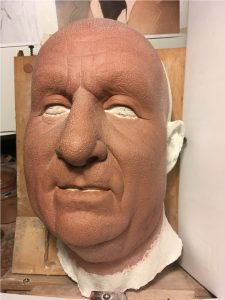 “This project is the culmination of four decades of professional experience, and the most exciting of my career,” Farley said. “I am proud to help my friend bring his vision to life. Bill says I’m his Dick Smith and he’s my Hal Holbrook. We laugh, but that really is the level of illusion we’re aiming for.” Smith’s prosthetics for Holbrook’s Mark Twain Tonight broke new SFX ground in 1967. For his part, Oberst says he’s “ecstatic” about what Farley (whose resume stretches from Babylon 5, Wolf and Demolition Man to Quarry, Pod and Imitation Girl) is creating. “Jeff is a bit of a recluse and he’s very selective,” said Oberst “so I’m over the moon to have him crafting this illusion.”

The Ray Bradbury Estate authorised the show and Oberst’s script in 2017, after vetting by Bradbury scholars Dr. Jonathan Eller and Dr. Phil Nichols. The success of an Off-Broadway reading convinced Oberst to plan a 2019 tour (schedule TBA.) “It’s mostly solo, but Ray’s wife and muse, Maggie, shows up for a scene to steal the show,” said Oberst. “The New York audience adored her, as did Ray.” Ray Bradbury Live (forever) portrays Bradbury circa 1975, at the peak of his literary and cultural influence, and is performed by permission of Ray Bradbury Literary Works and Don Congdon Associates, Inc. 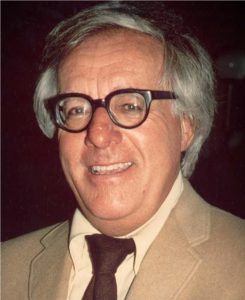