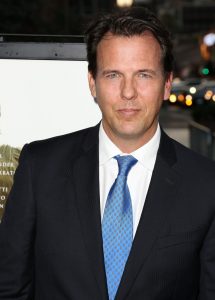 Jay Huguley from Walking Dead fame has joined the cast of a currently untitled flick inspired by the infamous axe-killer Lizzie Borden. The film will see Chloe Sevigny in the role of Lizzie Borden alongside Kristen Stewart who will be playing Bridget Sullivan; a maid who witnesses the murders with her own eyes. Huguley will be playing prosecutor William Henry Moody and considering Lizzie was eventually acquitted of the murder, his role will certainly be an interesting one.

Craig William Macneil will be directing the film from a script written by Bryce Kass. Macneil has most recently directed episodes from the TV series Channel Zero, but also helmed 2015’s The Boy; which was an effective shocker concerning a young boy’s fascination with death. Not the Lauren Cohan-starrer from director William Brent Bell… That was painfully mediocre.

The film is set to begin shooting this week, so hopefully we will be gifted a trailer soon!