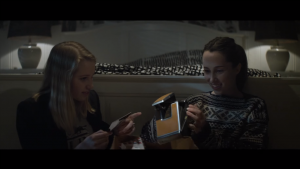 Courtesy of a picture posted to the actor’s Instagram page, it has been confirmed that Javier Botet will be starring in Lars Klevberg’s teen-horror Polaroid. As per his previous roles in Mama, The Other Side of the Door and The Conjuring 2, we expect him to be playing another monstrous character that will probably spend most the time lurking in the shadows and waiting to jump out unexpectedly.

Polaroid is based on the short film of the same name and follows a series of deaths that occur after the victims’ were photographed by a mysterious Polaroid camera. It definitely bears a strong resemblance to The Ring/Ringu with this description, but if you check out the trailer for the short film below, you may be impressed by its effortless building of suspense. If the full-length feature delivers an atmosphere this chilling and a sound design equally as unnerving, Polaroid might be an entertaining and terrifying addition to the genre.