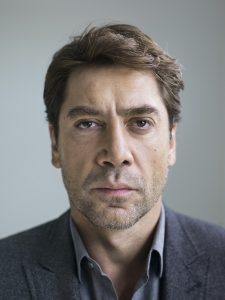 Javier Bardem (pictured right) is the latest star to be linked to featuring in one of Universal’s monstrous re-tellings as he is being sought for the role of Frankenstein’s monster. If he were to join Universal’s new monster universe he’d join Johnny Depp as the Invisible Man, Sofia Boutella as the Mummy and Russell Crowe as Dr. Jekyll/Mr Hyde. Tom Cruise is also playing the role of Tyler Colt in the Mummy which also stars Annabelle Wallis, Jake Johnson and Courtney B. Vance. In short, Universal has secured some fantastic talent so far and Bardem would be another perfect addition.

We know that Javier Bardem is more than capable of playing menacing characters with his role as Anton Chigurh in No Country for Old Men, as well as the Bond Villain Raoul Silva. However, he’s also had more tender roles, like Uxbal in Alexandre Inarritu’s Biutiful. As Frankenstein’s monster he’d have to strike a balance between the two and we are confident that he’d bring the striking amount of emotion, as well as the quiet, threat that is necessary to bring the iconic character back to the screen once again.

It’s not certain what film Bardem will be starring in, but sources at Universal have stated that he would probably be featuring in a different film before starring in his own. So, that could rule out the Bride of Frankenstein project that is currently in development. It’s all getting very confusing, but very exciting. We can’t wait to hear more.