Jason Mamoa in Talks to Star in The Crow 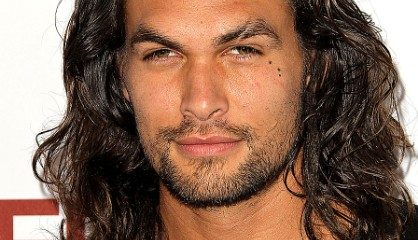 The Crow reboot/remake/re-telling has infamously been on and off the table for longer than we can remember, but things are once again moving forward. A few days ago Jason Mamoa posted an intriguing picture on Instagram with Corin Hardy stating, “The only way to officially seal the deal as men is a pint of black beauty.” This quickly sparked rumours about Mamoa starring as the new Eric Draven in Hardy’s interpretation of The Crow. Mashable has now confirmed that he is currently in talks to play the dark, brooding ‘superhero’.

Mamoa is set to play Aquaman is James Wan’s addition to the DC Universe, so he’ll be no stranger to playing strong, leading men. Perhaps he’ll be too strong? Eric Draven is a punky, unlikely hero, so it’ll be interesting to see Mamoa tackle a character so different to what he’s used to.

Brandon Lee’s interpretation of Eric has now become iconic and loved by a cult audience – myself included, and I’m sure many are disapproving of a new Crow film at all. However, I am strangely anticipating a new version of the story.

We considered that perhaps the remake was off the cards for good when Relativity Media were denied the rights to sequels and remakes of the film by the Edward R. Pressman Film Corporation. This occurred after Relativity removed Hardy from the director’s chair, breaking the contract they had with Pressman, but it seems he is now back and very much involved with the project. We’re huge fans of Hardy’s visual flair and believe The Hallow to be one of the most interesting, creepy and beautiful British horror films of the last decade. Who better to be at the helm of The Crow?

Aquaman is set to be released in the USA on 27th July 2018, so The Crow could be with us before this. Keep your eyes peeled, because things are just to starting to get interesting. Again.