Jason Lives Director Remaking his own One Dark Night 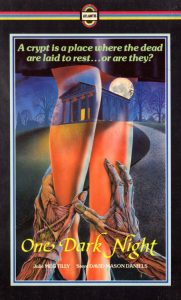 This last week, Jason fans have been celebrating the 30th anniversary of Friday the 13th Part VI: Jason Lives, one of the best-loved entries in the franchise. While doing the press rounds Tom McLoughlin, who directed the film, let slip a couple of revelations concerning his 1982 chiller One Dark Night. The first is that Code Red is set to release the cult favourite on blu-ray in the not-too-distant future. The second – and more surprising – news is that McLoughlin’s next project is to be a remake of his film.

McLoughlin’s debut, One Dark Night stars Meg Tilly as Julie, a high-school student who agrees to spend a night in a mausoleum as an initiation rite into popular clique The Sisters. When ‘sisters’ Carol (Robin Evans) and Kitty (Leslie Speights) sneak back after dark to scare Julie, the doors to the tomb mysteriously close, trapping the three inside. Unbeknownst to them, Russian occultist Karl Raymarseivich – a psychic vampire – was buried there that very day and, using telekinesis, resurrects himself and the other corpses also resting there. 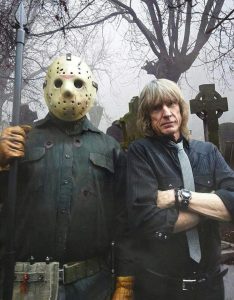 McLoughlin gave no clues as to what direction he will take the story in this time around, and is presumably still early on in the writing stages. So while you shouldn’t expect to see his remake anytime soon, Code Red’s blu-ray will be a perfect way to introduce yourself to the 1982 gem if you’ve not seen it. Otherwise, it will make a fine replacement for that old VHS or budget DVD.