Jason Eisener to Reinvent the Haunted House Genre with Next Film 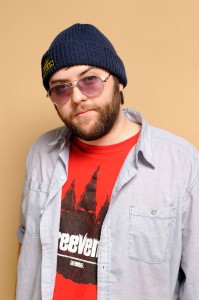 Jason Eisener, the director of Hobo with a Shotgun and segments from horror anthologies V/H/S 2 and The ABCs of Death, will be teaming up with 20th Century Fox for his next endeavour. The feature will be similar to his short film One Last Dive – thus will make use of first-person POV – and is said to be reinventing the haunted house genre in a terrifying new way. This sounds ominously intriguing! Apparently, there will be action sequences shot underwater and the film is aiming to shake-up horror in a similar way that Cloverfield did for the monster movie.

This all sounds very interesting indeed and I think it’s great that a massive studio like Fox is giving Eisener a chance to showcase his abilities as a director. Hobo with a Shotgun was a brilliant, brutal and unique flick, so if he can bring half of that brilliance with him to Fox, I’m sure we are in for a treat!