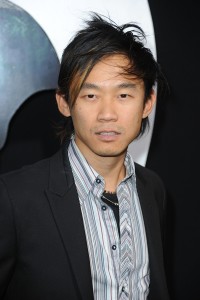 The James Wan-produced horror Lights Out has scored a surprising and positive summer release date of 22nd July 2016. A summer release suggests that Warner Bros have high hopes for Lights Out as they are mimicking the similarly timed release of The Conjuring. We all know how massive a hit that was, with the horror film smashing the box office to make over $300 million on its tiny $20 million budget.

Lights Out is based on the short film by David F. Sandberg and follows a family that are haunted by an entity that only reveals itself when the lights are off. You can check out the short film below, it’s very creepy. If the feature adaptation can conjure up as much dread and tension as the short, then we should be in for a horrifying treat next summer.

Lights Out will be directed by David F. Sandberg, with a script from Eric A. Heisserer (The Thing, Final Destination 5) and James Wan is on-board as the producer. The film stars Teresa Palmer (Warm Bodies, The Grudge 2) and young Gabriel Bateman (Annabelle).

Lights Out will be unleashed in cinemas on 22nd July 2016.