The casting announcements for Ted Bundy flick Extremely Wicked, Shockingly Evil and Vile continue to surprise. Zac Efron initially seemed an odd choice to portray infamous serial killer and necrophile Bundy (until we saw the pics of him in character that is), and it’s fair to say that no one could have predicted the recent casting of The Big Bang Theory star Jim Parsons. As revealed by Deadline, the latest name to hop aboard the film is Metallica frontman James Hetfield!

The film will actually reunite Hetfield with director Joe Berlinger, who produced and directed 2004 Metallica doc Some Kind of Monster. Hetfield will reportedly play Officer Bob Hayward, the Utah highway patrol veteran who arrested Bundy in 1975 after pulling the killer over and discovering burglary tools in his car. 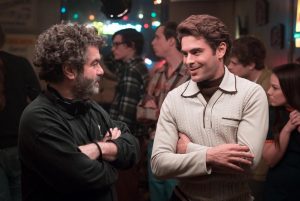