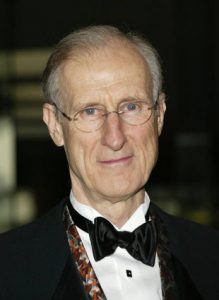 James Cromwell has been added to the cast of Jurassic World 2 which already stars Ted Levine, Daniella Pineda, Justice Smith, Rafe Spall and Toby Jones. You will probably recognise him from Spider-Man 3 – I suppose we’re all trying to forget about that one, A Lonely Place for Dying and the TV shows American Horror Story, Boardwalk Empire and 2016’s The Young Pope.

A Monster Calls’ and The Orphanage director Juan Antonio Bayona is in the director’s chair with a script penned by Derek Connolly and the first film’s director Colin Trevorrow (Safety Not Guaranteed). Trevorrow is currently working on Star Wars: Episode IX: The (probably not-so) Last Jedi.

There is no word on the story the sequel will follow or what characters the actors will be playing, but with the 2015 feature grossing over $1.6m at the box office, the sequel has massive shoes to fill. Jurassic World 2 should be with us when the park opens once again on 22nd June 2018.