Just when you thought the Terminator franchise was dead in the water, James Cameron comes along and proves us all wrong by fishing it out of the deep end. The director of the original Terminator and its epic sequel T2: Judgement Day wants Deadpool director Tim Miller to direct another film in the franchise. 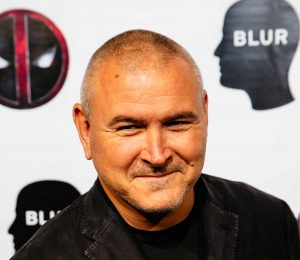 Miller would certainly inject some much needed fun into the film and after the success of Deadpool, Miller has proved he is will to push the boundaries of action cinema. The last thing we need is a PG-rated Terminator film, am I right?

The rights are set to return to Cameron in 2019, which means the series could go in a brand new direction and hopefully – for the love of god! – ignore the travesty that was Terminator: Genisys. Not only did the film disappoint at the box office, it disappointed audiences, fans, critics and 99%* of the population.

I love the Terminator films when they’re exciting, fun and badass, so I am willing for the slate to be wiped clean to make way for a new and, at least, watchable Terminator film. But I will not hold my breath.

None of this news is officially confirmed, so keep your eyes peeled for official comments soon, hopefully.