Jaime Ray Newman Checks in to the Bates Motel 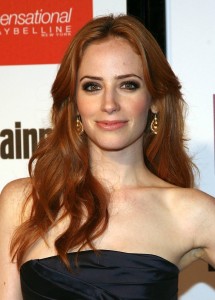 Bates Motel is on the brink of beginning its fourth season and despite a release date not being officially set, we know that it is on the horizon. Joining the cast of the next season is Jaime Ray Newman from Wicked City and Drop Dead Diva. She was also the voice of Alice in 2013’s Tarzan.

Synopsis:
Bates Motel serves as a contemporary prequel to the genre-defining film Psycho and provides viewers with an intimate portrayal of how Norman Bates unravels through his teenage years.

Bates Motel has, so far, been a great exploration of the early years of the infamous Norman Bates and our fingers are crossed that the show can continue to be as surprising, exciting and creepy as it has been since Series 1.

Keep your eyes peeled for a release date for Series 4 of Bates Motel.