Intense The Possession Experiment Trailer is Bold, Brutal and Beautiful

Upcoming exorcism flick The Possession Experiment looks to be bringing a fresh and modern take to the genre, with its protagonist streaming the demonic occurrences online to a worldwide viewing audience. The premise gives the film a sense of scale far removed from the small communities where such stories often take place, and this new trailer for the film gives us a real taste of that. 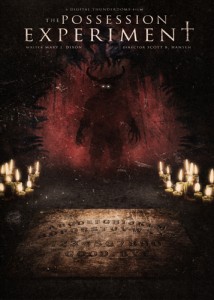 Directed by Scott B. Hansen, the film stars horror favourite Bill ‘Choptop’ Moseley as Father Mark Campbell, alongside newcomer Chris Minor as Brandon, a university student who decides to offer himself as a vessel for demonic possession for a study into the phenomenon. Also starring are Rachel Faulkner (Hillbilly Horror Show), Eugenia Gonzales (Ithaca) and Greg Travis (Rob Zombie’s Halloween II).

Brandon Jensen has always loved horror. So when he has the chance to study exorcisms, he decides he is going to go all out. He starts a fund raising online campaign that goes viral overnight. With the help of two people he meets along his way, Brandon shows the whole world The Possession Experiment.

Filming is complete on The Possession Experiment, which is looking at an October 2016 release. Check out the trailer below. It’s pretty rad.