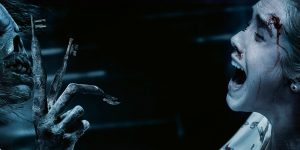 Synopsis:
Insidious: The Last Key takes things back to the beginning for parapsychologist Elise Rainier (Lin Shaye) as she is forced to investigate a haunting in her old family home.

Until now, I’ve been a huge fan of the Insidious franchise and the supernatural terrors it uncovers in various family homes. However, what was once an exciting, creative and genuinely creepy series of films has now lost its charm. The Last Key represents a new low for the franchise and this is coming from someone who loved 2015’s Chapter 3.

The Last Key starts on a high note as it introduces us to Elise as a child and unsurprisingly, we learn that she had a dark childhood. As well as struggling with her psychic gift, she has to battle her violent father who tries to beat the ability out of her. It’s an uncomfortable and unsettling set-up; perfect for the beginning of a film which can now explore the clash between supernatural and very natural horrors. However, when the film cuts back to the present – well, a short time before the first Insidious is set – it becomes clear that we won’t be seeing as much from Elise’s past as we would have liked and that’s a damn shame.

The film misses a trick by not entirely setting the film during Elise’s childhood, similarly to what last year’s Ouija: Origin of Evil and Annabelle: Creation decided. There was a huge potential for a great film staring everyone in the face and, instead, we are only teased with short flashback sequences and dialogue exposition from Elise. What we are given is dull, tiresome and hugely melodramatic. I loved Elise as a character, but she does not work on her own. Elise needs the tie of a separate family – and even though The Last Key does somewhat have that element – it is without the necessary mystery that comes with the appearance of the demon, because Elise already knows all about Key Face. Shaye is a great actress, but there is only so much of her dramatic ramblings and intense, emotional almost-monologues about her childhood that I can take before it all becomes too much. I’d rather see it than listen to it.

The terror is immediately removed with the element of mystery, because Elise knows this Key-faced demon. There’s no question as to what’s going on, because it’s difficult to gauge what’s happening most of the time. It’s something to do with unlocking doors and using Elise as a pawn, but the story is so convoluted and uneven it becomes difficult to decipher what Key Face actually wants. Rather than neatly tying the franchise together, The Last Key is filled with moments that tease back to the previous films, but instead of feeling smart, they feel desperate. Instead of adding depth to the franchise, they taint it with excessive explanations we never wanted.

Love it or loathe it, Insidious: Chapter 3 had some brilliant frights. Sure, there were a handful of cheap jump scares, but genuine fear was conjured around the idea of Quinn being unable to escape the demon tormenting her. The scares in The Last Key are basic and eye-roll worthy. Gone is the tension, gone is the suspense and gone is the insidious atmosphere that is supposed to reign supreme in these films. It’s all about the typical “BOO!” scares. Sure you’ll jump, but you’ll hate yourself for it, because these predictable frights truly don’t deserve it.

The film tries and fails to balance the past and present, but is too focused on ridiculous sub-plots including an uncomfortable romantic rivalry between Specs and Tucker who fight for the attention of Elise’s 20-something nieces. It’s an outdated and terribly reductionist narrative strand that will offend as much as it will annoy. Unnecessary moments like these try to be comedic breaks away from the horror, but when the horror is so light they become frustrating gaps in a film that is already so flawed. 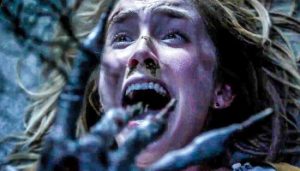 All in all, Insidious: The Last Key is a terrible and disappointing chapter in a universe that was once so exciting. I’m sure this won’t be the last we’ll see from Elise, Specs and Tucker and, in some ways, I’m glad. For the franchise to end on such a whimper would be criminal, so let’s hope that the next chapter can restore our faith in Insidious.