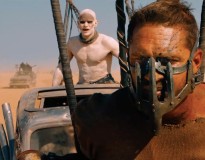 Get ready for a dusty and dangerous ride as the final trailer for Mad Max: Fury Road has arrived, and it packs a punch.

Directed by George Miller who directed the 1979 version Mad Max, the film will be crammed with freaks committing violence in a desolate wasteland, with a ton of epic explosions to top it off.

Synopsis:
Set in an apocalyptic future, deep within the dirty wasteland society has been broken, and the battle for survival is harder than ever. Max and Furiosa, two rebels with the chance of restoring peace to humanity, both believe they can find serenity if they look hard enough.