A film that I was entirely unaware of until today, The Barge People is now high on my most anticipated list, thanks to this nutbags new trailer.

Set along the canals of the great British Countryside, the film looks to feature all kinds of Creature from the Black Lagoon-ish craziness, with flesh-eating fish monsters rising from the depths to snack on unsuspecting holiday makers. 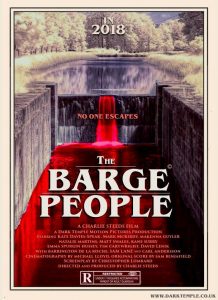 Synopsis:
“In a small town in Massachusetts, four high school girls perform a ritual in an attempt to debunk the lore of Slender Man. When one of the girls goes mysteriously missing, they begin to suspect that she is, in fact, HIS latest victim.”

Announced with this wonderfully twee poster, The Barge People is due for release sometime this year.