IFC MIDNIGHT RELEASING THE WRETCHED IN MAY 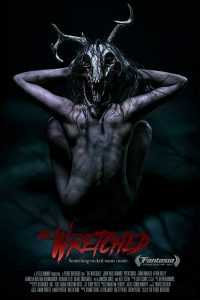 The Wretched, an occult creature feature from IFC Midnight, will get a limited theatrical release and hit VOD on May 1st.

Written and directed by Brett and Drew Pierce (Deadheads), the film follows a defiant teenage boy struggling with his parents’ imminent divorce who faces off against a thousand-year-old witch living beneath the skin of the woman next door. John-Paul Howard, Piper Curda, Azie Tesfai, and Kevin Bigley star.