IFC Midnight Invites You Into Our House

IFC Midnight has acquired US distribution rights to supernatural thriller Our House ahead of the film’s appearance at the EFM in Berlin, where XYZ Films will sell the international rights. 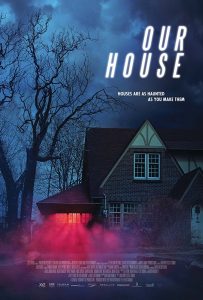 The film is the feature debut of director Anthony Scott Burns, who helmed the Father’s Day segment of horror anthology Holidays. Moon writer Nathan Parker wrote the screenplay based on Matt Osterman’s 2010 sci-fi film Ghost from the Machine, of which Our House is a loose remake.

In the film, “A young genius accidentally invents a device that amplifies the paranormal activity within his family’s house, possibly bringing back the spirits of loved ones, and unleashing things far worse.”