Freddy Krueger, one of the best-known horror movie monsters, once said that “there’s an Elm Street in every city” – and he was more or less right. This, of course, makes the Elm Street the horror movie location easiest to visit, even during a pandemic – in most cases, you can hop on your bike or into your car with a GPS or even a map at hand and find it. Don’t expect to encounter a badly burnt, knife-fingered maniac around the corner, though.

There are, in turn, many places that are tied to horror movies that you can actually visit – once the travel restrictions are lifted, of course. While many horror movies are shot in studios and use fictional locations, there are more than enough that used real-life places to make them as realistic as they can be. 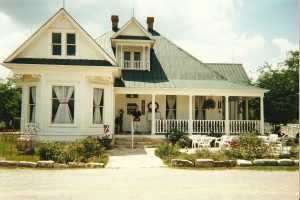 Leatherface’s house
The home of one of the slasher genre’s most iconic characters is real – it’s a Victorian construction built at the beginning of the 1900s. It originally stood at Round Rock in Williamson County, Texas, then moved to the grounds of The Antlers Hotel in Kingsland, Texas.

Leatherface’s house will be a great vacationing spot for all fans of the original, the sequels, even the reboot.

The Overlook Hotel
Stanley Kubrick’s take on Stephen King’s “The Shining” is a rather controversial page in movie history. Some praise it for its inherent values, others bash it for its deviations from the source material. This doesn’t make it any less of a classic. 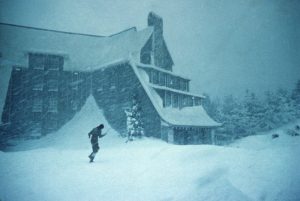 The movie takes place at the isolated mountain hotel called “The Overlook”, a fictional place “played” by the Timberline Lodge on Mount Hood in Oregon. While it has suffered some modifications since the 1970s, the place is still very much alive and kicking, expecting its patrons to return with the lifting of the travel restrictions.

“The Shining” sequel “Doctor Sleep” wasn’t filmed at the Timberline Lodge because of the above-mentioned remodelling – the crew recreated the hotel’s exteriors in painstaking detail in the studio. 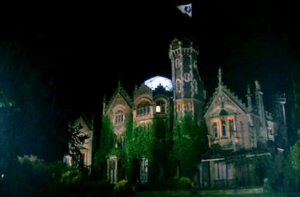 Finally, a movie that’s less horror, more musical comedy but a cult classic nonetheless: “The Rocky Horror Picture Show” that turns 45 this summer. The movie takes many horror movie tropes and turns them upside down: it has aliens and a scary biker, a young couple in distress, and a mad scientist and his/her creation.

The building where Brad and Janet ask to use the phone (and end up getting way more than a call) is Oakley Court, a Victorian Gothic country house in Bray, England, overlooking the Thames. It was used as a backdrop for many horror stories made between the 1930s and the 1970s by Hammer Film Productions, a studio specialising in science fiction and horror movies that ceased production in the 1980s. It was an empty estate at the time – today, it is a fully-fledged hotel.