Hot on the heels of its release confirmation and new poster, Megan Freels Johnston has unveiled a brand new trailer for her upcoming suburban nightmare The Ice Cream Truck. It showcases the false smiles and sickly pleasantries of its twisted take on white-picket-fence Americana as well as its leering antagonist while cleverly not giving too much away. 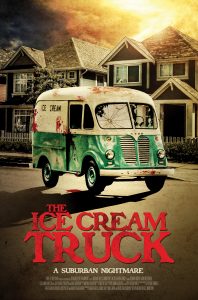 Freels Johnston, who directed 2014 micro-budget horror thriller Rebound, wrote, produced and directed the film, which stars Being Human’s Deanna Russo as Mary, who moves back to her suburban hometown when her husband gets relocated for work. With the rest of her family tying up loose ends back home, she moves into their new house alone. Her sense of warm nostalgia at returning to the town where she grew up however, is soon interrupted by the feeling that something is not right, and there’s something particularly sinister about the ice cream truck that constantly patrols her street.

The Ice Cream Truck will hit VOD on August 18th, from Uncork’d Entertainment. 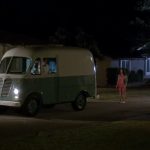 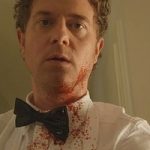